What Is A Laser Cutter Used For?

What Is A Laser Cutter Used For?

Many materials can be cut by a laser cutter: from wood to plastic, from steel to ceramic. Let's have a look for the wide range of laser cutting applications:

There are many materials that can be cut by a laser cutter: from wood to plastic, from steel to ceramic. 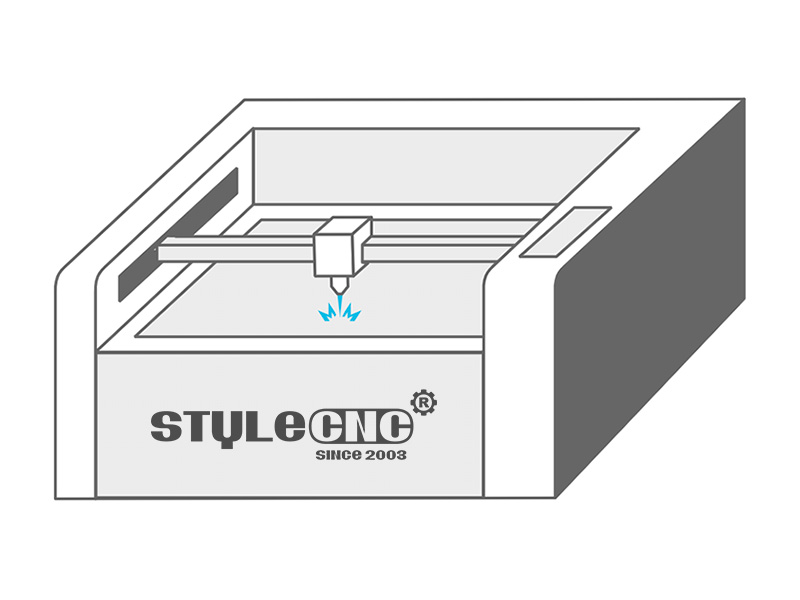 Let's have a look for the wide range of laser cutting applications:

Aviation and space travel place indeed the highest demands on materials and technology: modern engines need to achieve an ever higher performance while, at the same time, reducing fuel consumption. Utilizing materials with improved strength and reduced density is by far the most efficient way to achieve this goal, and laser material processing has been proved suitable for these ambitions.

In aeronautic and aerospace, the powers of the lasers are in the order of few hundreds of watts to few thousands of watts. They are employed for the cutting and fusion welding of alloy and superalloy sheets, turbine engine deep hole drilling, repair of blades for gas turbines aircraft engines, on-the-fly drilling of de-icing panels and heat treatment of surfaces. Thanks to these techniques, the engines can operate efficiently at high temperatures.

• Improves the strength of the material but reduces its density.

• The processing is highly versatile: by tuning laser parameters, multiple tasks can be achieved such as cutting, drilling, welding and cladding with a single machine.

The making of photovoltaic panels requires several thin layers of conductive and photoactive materials. These layers are then structured, drilled and cabled together.

Lasers are used for edge deletion on thin film solar cells. To protect thin film solar modules from corrosion and long-term short circuits, the layering system at the edge of the module is removed and laminated. In the 2000’s, the entire solar industry converted to lasers in order to remove this few millimeters fraction of semiconductor material from the edges of the silicon wafer, which would otherwise lead to undesired short-circuiting around the edges.

During this process, the laser beam works at a speed of more than 700 mm per second, with a very low risk of short-circuiting. It is much more reliable than any other techniques on the market so far, better than sand blasting for example.

A second operation successfully accomplished by lasers when building solar panels is drilling solar cells. The laser works contactless and can get into position very quickly, without producing any mechanical charge. Thousands of holes can be drilled in a second.

• Easy to integrate in the production line.

• There is a very low risk of short-circuiting.

• Much more reliable than any other techniques on the market so far.

Laser cutter used to be reserved for haute couture designs, but the technology is now more readily available to manufacturers. It is now more common to see laser-cut silk and leather in ready-to-wear runway collections or at retailers such as Topshop or ASOS.

In general, laser-cutting works best on synthetic fabrics; the plastics in these textiles melt during the process, resulting in a sealed, perfect edge that will not fray. Natural fabrics on the other hand, are slightly spoiled by the heat of the laser, holding the fibers in place. This generally results in a discoloration at the edge of the cut, even if adjustments can be made depending on the fabric and the strength of the laser to potentially eliminate any marks.

Laser works also really well on leather. For example, the French saddler and designer Hermès has acquired several lasers in its workshops, and uses them to cut pieces in leather skin. The craftsmen can now cut four to five bags in one skin thanks to this precise technology, without losing as much of their precious and expensive material as they did when cutting with blades.

• Laser cuts are made without any pressure on the fabric, no part of the cutting process requires anything else to touch the garment.

• No unintended marks left on the fabric, which is particularly beneficial for delicate fabrics like silk and lace.

Laser cutter offers an efficient cutting solution for almost every material in the electronic industry.

For example, concerning MicroSD cards, laser cutting is three times more cost effective at comparable performance than water jet cutting. Same goes for laser-cutting of circuit boards. When making cellphones and smartphones, laser-cutting is a powerful tool in every aspects of the conception. Lasers cut plastic boxes, drill the holes of the keyboard, for the different plugs, engrave the brand… The laser is even used to melt a plastic patch to protect the screen.

Drones and robots often require the use of laser-cutting as well, for the electronic components as for the pieces of the device.

• Beam deflection with scanning heads allows any complex contours that can be reprogrammed to be cut in a short time.

• As opposed to other cutting processes, the laser cannot wear out, which assures the continuous processing quality.

License: The text of "What Is A Laser Cutter Used For?" by STYLECNC is licensed under a Creative Commons Attribution 4.0 International License.
Original Source: https://www.stylecnc.com/user-manual/what-is-a-laser-cutter-used-for.html
Related Tags: laser cutterlaser cutting machinelaser cutting 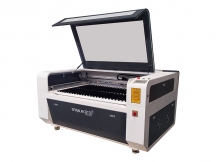 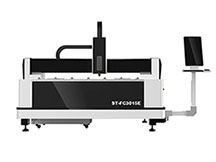 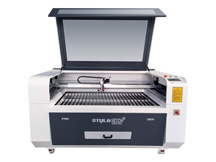 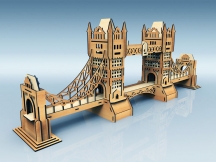 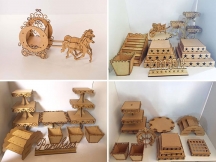 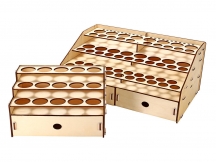 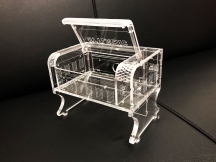 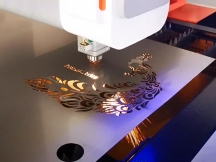