The Differences Between Laser Engraving Machine and Laser Marking Machine

There are differences between laser engraving machine and laser marking machine, each one has its applications & attributes to make it ideal for different jobs. 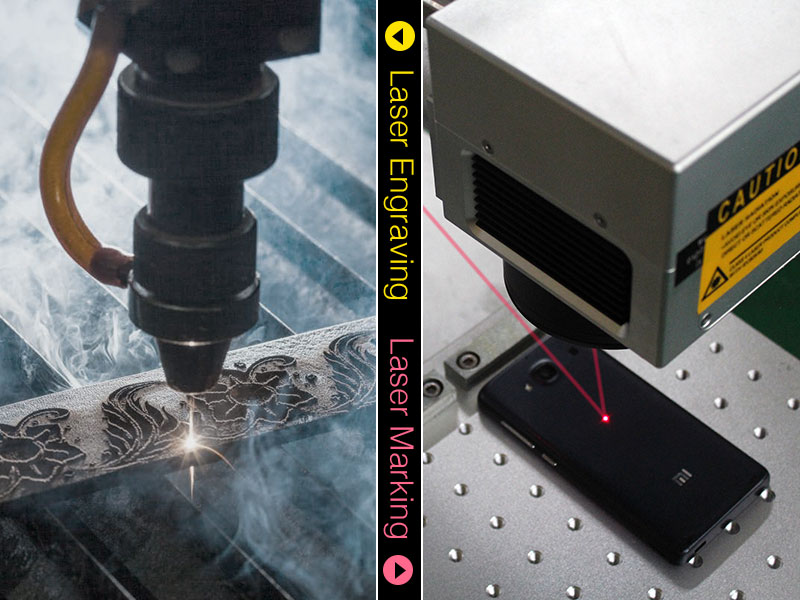 The optical system of laser engraving machine is consist of three mirrors and one pcs lens, laser source is co2 glass tube. The life of the glass tube laser is usually less than 2000 - 10000 hours. CO2 glass tube lasers are disposable.

The laser engraving machine can engrave in high deep, laser power ranging from 60W to 150W. The depth of the material is also from 0.1mm to 80mm, engraving depth according to the specific materials. And laser marking depth is generally less than 5mm, it main mark on the surface of materials, the laser rate is also between 10W to 100W.

Laser engraving machine is use laser to engrave on the work piece, The laser marking has 3 types working principle, one is with laser beam evaporate material surface so as to expose the deeper material, the second is make the materials surface to come up the chemical or physical changes and carving out trace, the third is through the laser energy burn some parts of material to show the etched graphics, text.