A Guide to Laser Marking Types

A Guide to Laser Marking Types 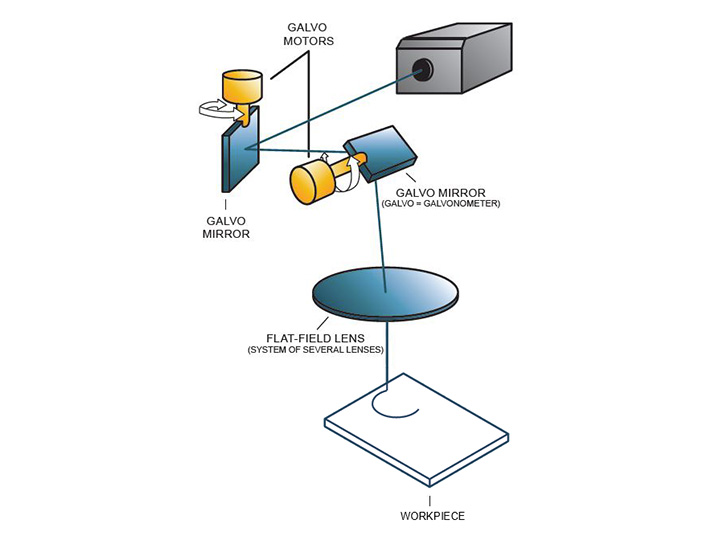 The basic principle of laser marking system is that a high-energy continuous laser beam is generated by the laser generator, and the focused laser acts on the printing material, which makes the surface material melt or even vaporize instantly. By controlling the laser path on the material surface, the required graphic and graphic marks can be formed.

Laser marking is characterized by non-contact processing, which can be marked on any special-shaped surface without deformation and internal stress. It is suitable for marking materials such as metals, plastics, glass, ceramics, wood, leather, etc.

Mask marking is also called projection marking. The mask marking system is composed of laser, mask and imaging lens. Its working principle is that the laser beam expanded by telescope is evenly projected on the mask made in advance, and the light is transmitted from the carved space. The pattern on the mask plate is imaged to the workpiece (focal plane) through the lens. Usually, each pulse can form a marker. The surface of the material irradiated by laser is rapidly heated to vaporize or produce chemical reaction, and the color changes to form clear and distinguishable marks. CO2 laser and YAG laser are usually used for mask mode marking. The main advantage of mask mode marking is that one laser pulse can make a complete mark including several symbols at a time, so the marking speed is fast. For large quantities of products, it can be marked directly on the production line. The disadvantages are poor flexibility and low energy utilization.

It uses several small lasers to emit pulses at the same time. After passing through the reflector and focusing lens, several laser pulses ablate (melt) small pits of uniform size and depth on the surface of the marked material. Each character and pattern is composed of these small round black pits, generally 5 points in horizontal strokes and 7 points in vertical strokes, thus forming a 5 × 7 array. Generally, low-power RF excited CO2 laser is used in array marking, and its marking speed can reach up to 6000 characters / mu. Therefore, it has become an ideal choice for high-speed online marking. Its disadvantage is that it can only mark dot matrix characters, and can only reach 5 × 7 resolution, which is helpless for Chinese characters.

Scanning marking system is composed of computer, laser and X-Y scanning mechanism. Its working principle is to input the information needed to mark into the computer. The computer controls the laser and X-Y scanning mechanism according to the program designed in advance, so that the high-energy laser point transformed by special optical system can scan and move on the machined surface to form marks.

Generally, X-Y scanning mechanism has two types of structure: one is mechanical scanning, the other is galvanometer scanning.

The mechanical scanning marking system does not move the beam by changing the rotation angle of the mirror, but shifts the X-Y coordinate of the mirror by mechanical method, so as to change the position of the laser beam arriving at the workpiece. The X-Y scanning mechanism of this marking system is usually refitted with a plotter. Its working process: the laser beam passes through the reflector turning light path, and then through the light pen (focusing lens) to shoot on the workpiece to be processed. Among them, the pen arm of the plotter can only move back and forth along the x-axis with the reflector; the light pen and its upper reflector (both fixed together) can only move along the y-axis direction. Under the control of the computer (usually through the parallel port to output the control signal), the movement of the light pen in the Y direction and the movement of the pen arm in the X direction can make the output laser reach any point in the plane, thus marking any graphics and characters.

The galvanometer scanning marking system is mainly composed of laser, XY deflection mirror, focusing lens and computer. The working principle is that the laser beam is incident on two mirrors (vibrating mirrors), and the reflection angle of the mirrors is controlled by computer. The two mirrors can scan along the X and Y axes respectively, so as to achieve the deflection of the laser beam, so that the laser focus with a certain power density moves on the marking material according to the required requirements, thus leaving permanent marks on the material surface and focusing spot It can be a circle or a rectangle.

In the galvanometer marking system, vector graphics and characters can be used. This method uses the graphics software in the computer to process the graphics. It has the characteristics of high efficiency, good precision and no distortion, which greatly improves the quality and speed of laser marking. At the same time, the galvanometer type marking method can also be adopted, which is very suitable for online marking. According to the production line with different speed, one scanning galvanometer or two scanning galvanometer can be used. Compared with the array marking mentioned above, it can mark more lattice information.

Galvanometer scanning marking has become the mainstream product because of its wide application range, vector marking and dot matrix marking, adjustable marking range, fast response speed, high marking speed (hundreds of characters can be marked per second), high marking quality, good sealing performance of optical path and strong adaptability to the environment. It has become the mainstream product and is considered to represent the development direction of laser marking machine in the future It has a broad application prospect.

The laser used for marking mainly includes fiber laser and CO2 laser. The laser produced by fiber laser can be well absorbed by metal and most plastics, and its wave length (1.06 μ m) and small focusing spot are suitable for high-resolution marking on metals and other materials. The wavelength of CO2 laser is 10.6 μ M. wood products, glass, polymer and most transparent materials have good absorption effect, so it is especially suitable for marking on non-metallic surface. 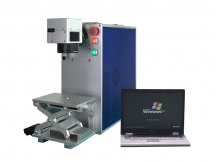 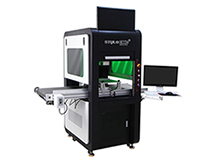