What is a CNC router?

What is a CNC router?

CNC router is a tool controlled by a computer. it only becomes more sophisticated when considering how the computer controls the tool.

In short, CNC technology is not very complicated. it is a tool controlled by a computer. it only becomes more sophisticated when considering how the computer controls the tool. the illustration below shows what a bare bones CNC router machine might look like minus the controller. 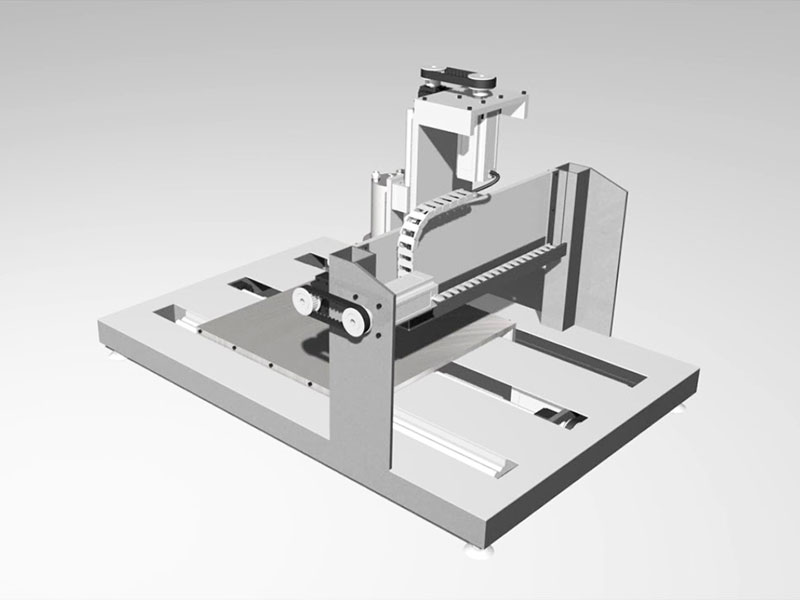 the NC (numerical control) program is a detailed set of step by step instructions that tell the machine which path to follow and which operations to perform.

NC or simply Numerical Control was developed in the late 1940s and early 1950s by John t. Parsons in collaboration with Mit (Massachusetts institute of technology). it was developed to help in the post war manufacturing effort. aircraft parts were becoming more complex and required a level of precision that human operators could not achieve. 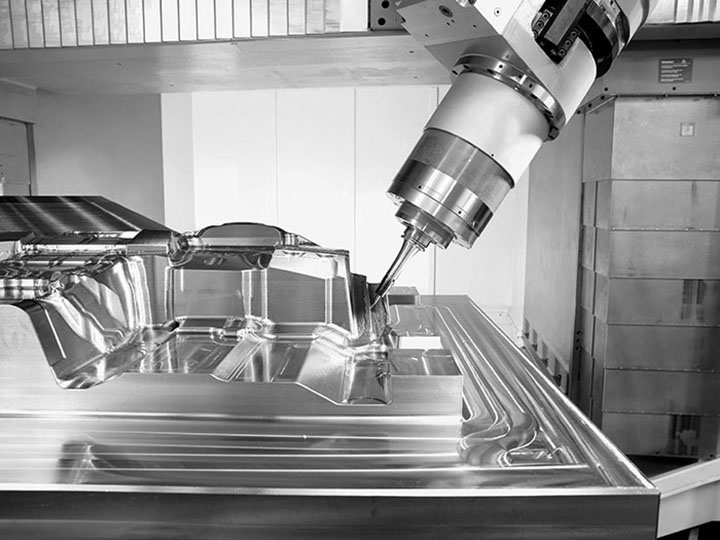 Complex machined parts could no longer be made by skilled operator alone.

At first machines were hardwired, and then instructions were given via punched tape starting in 1952. five years later, NC machines were being installed in metal working production environments all over the united states. by the mid 1960s, NC technology was playing a dominant role in the industry.

Most machine programs were recorded on a punched paper or aluminium tape until about 1980. in the 1970s and 80s, the growth of microprocessor technology made it possible for computers to be connected directly to NC machines using cables, hence the term CNC.

Fundamentally, numerical control is a technique for controlling machinery rather than a specific type of machine. CNC machines were originally built for machining metal. they were subsequently adapted for other industries such as wood, fabric, foam, and plastics to name just a few. all these machines have some features in common which are:

Wood routers differ from their metalworking cousins in that they are not subjected to the same forces of load and vibration. they spin faster, up to 24000 rpm and have larger work tables; up to 5'x20'. they use smaller tools and tool holders and work at faster machining speeds; up to 1200 inches per minute or 30 m/min. another difference is that they don’t require the same level of accuracy. Metalworking applications usually require much greater precision and tighter tolerances than for machining wood.

Mr. isao shoda claims to have made the first NC router in the world and he exhibited it at the international osaka fair in 1968. (Model: NC-111a) 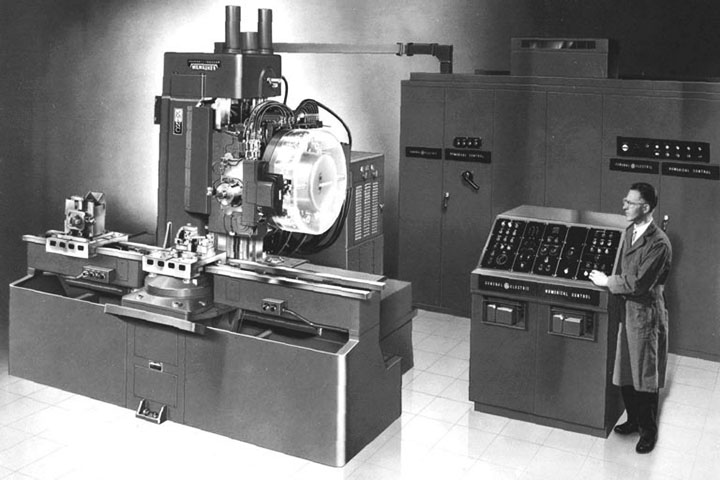 Early in the 1970s the advent of the first CNC appeared in the aerospace industry (controlled by a Mainframe Computer).

In the late 70s NC drilling machines were the first to appear in the wood industry. they were called point-to-point machines because they moved a drill from one point to another and drilled a hole. the term point-to-point was coined from an electronics circuit assembly method from pre-1950 which required professional electronic assemblers to operate from books of photographs, and follow an exact assembly sequeNCe to ensure that they did not miss any components.:

Other events that impacted CNC technology were:

CNC routers were first used by the aerospace industry to cut complex patterns out of sheets of aluminium. bolting the aluminium sheet to the table surface was a lengthy process. in the early 80s, the engineers at thermwood came up with the idea to draw air through huge butcher blocks made of balsa wood. since balsa wood lets air pass freely through the end grain, they added a high flow vacuum to hold the aluminium sheets down without the use of mechanical fasteners. they later realized that particleboard had similar porous properties and universal vacuum tables were born.

By the early 1980s, CNC technology was used in many types of machinery in the secondary woodworking industry. some examples follow:

Point-to-point systems such as boring machines have been used since the beginning of the NC era. siNCe there was no contact between the part and the tool until a pneumatic drill was activated, it mattered little which path the spindle took to reach its final destination, hence the term point-to-point. these machines were later adapted to the newer CNC technology and although they iNCorporated more options than just drilling, the name persisted.

Straight cutting systems such as NC panel saws confine the control to only one single axis of motion. the saw blade then travels independently from the control across the length of the beam to perform a straight cut.

Today CNC router machines are a ubiquitous part of the manufacturing process. new functionality and improved performance is being developed every day which will give CNC an ever increasing role in the success of our industry.