What are the differences between 3D printer and 3D CNC router? you may have doubts about it, let us make a comparison in working principles, features, and applications for 3D printing and CNC machining.

In recent years, the popularization and cheapness of CNC technology has made CNC routers, CNC lathes and even 5 axis CNC machining centers, which can easily process materials into products. They have been accepted and burdened by fans. DIY CNC routers are also available. Over the years, 3D CNC router has become one of the popular topics for fans. Recently, however, the low cost of 3D printers and the open source of hardware and software have made 3D printers a popular topic.

CNC is an abbreviation of Computer Numerical Control, which refers to computer-controlled machining equipment. This technology can realize the transmission of processing data to mechanical processing equipment with a computer. It can perform milling, turning, grinding, drilling and other processing procedures with high precision. It can also realize multiple processing procedures on one device. There are many types of such equipment, and their functions are also different. Commonly used are CNC machining centers, CNC lathes, and CNC routers. Their control systems can process programs with control codes or other symbolic instructions, and translate them through a computer. Code, so that the machine tool performs the prescribed actions, and the blank is processed into semi-finished products or finished parts by cutting with the cutter.

Most DIY fans have 3D CNC routers, which generally have 2 to 5 axes, and the most common is a 3 axis CNC router, which is mainly composed of a frame, a motor, transmission mechanical parts, a spindle, and a control system. The basic working principle is: the control system translates and processes the data and converts it into an electric signal to drive the motor. The motor drives the transmission mechanical parts, so that the tool or workpiece on the spindle can move in the X, Y, and Z space directions. The high-speed rotating tool does not The necessary workpiece material is cut off (See Figure 1). The 3 axis CNC router is generally used for drilling, milling and cutting of bulk materials. The cutting tool can be a conventional alloy tool or a laser. It can be said that the traditional CNC technology is a subtraction technology, which is to obtain the finished product by subtracting the blank material little by little. 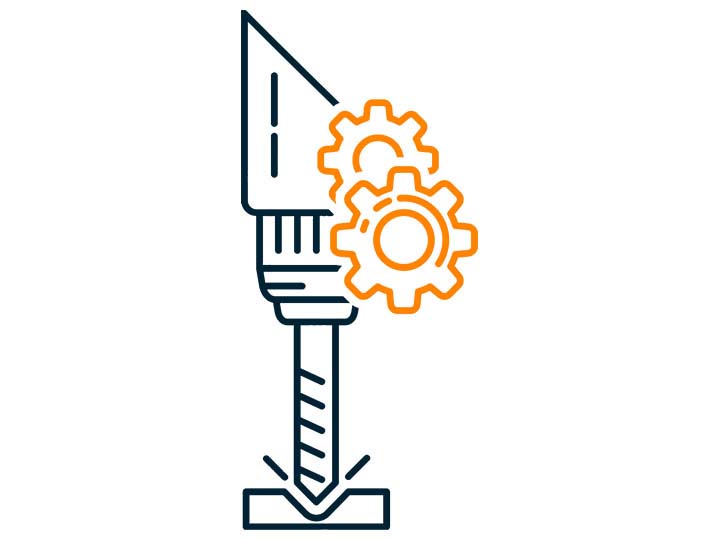 If the traditional CNC technology is a subtraction technology, then the 3D printer uses even an addition technology. 3D printing technology first originated at the end of the 20th century, and various rapid prototyping equipment developed later were extremely expensive. Until recently, CNC technology became open source, and the rapid prototyping patent period expired, foreign cheap 3D printers continued to emerge. Inspur has also begun to hit the country, and various simple 3D printers have entered the eyes of enthusiasts.

3D printer is a kind of rapid prototyping equipment. The basic principle can be regarded as the combination of traditional CNC and printer. The numerical control CNC technology is used to convert the model file into the spatial displacement of the frame, so that the 3D printing nozzle can bond powdery metal or plastic. Material, construct objects by printing layer by layer. When printing with an inkjet printer, digital files are transferred to the printer. After the printer interprets, a layer of ink is sprayed onto the surface of the paper to form a two-dimensional image. When 3D printing, the software completes a series of digital slices through computer-aided design technology (CAD) and transmits the information of these slices to a 3D printer. The 3D printer stacks consecutive thin layers to form a solid object. The biggest difference between a 3D printer and a traditional printer is that the "ink" it uses is a real raw material.

There are various forms of stacked thin layers. The following three methods are common.

1. "Inkjet" method: the 3D printer nozzle ejects a very thin layer of liquid plastic material, which is then placed under ultraviolet or laser to solidify, and then the tray drops a very small distance for the next layer to stack up. This is continuously stacked until completion (See Figure 2). 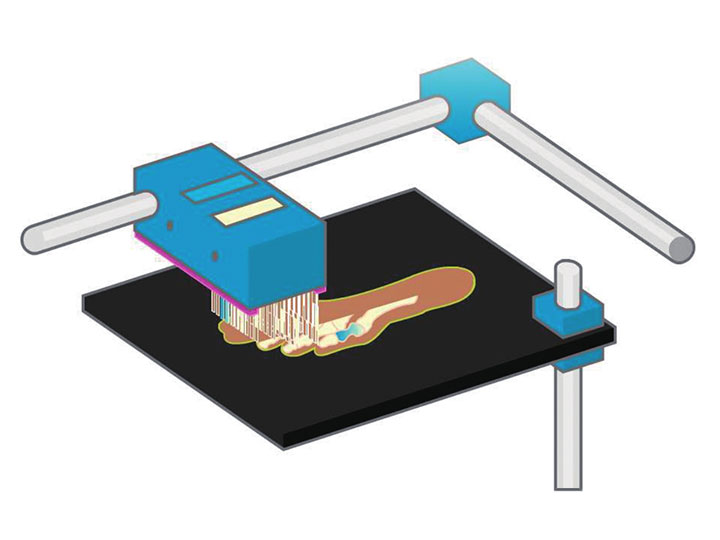 2. "Fusion molding" method: No additional curing process is required, the plastic is directly melted in the nozzle, the plastic is extruded using pressure, deposited and stacked, and cooled and formed in the air (See Figure 3) . 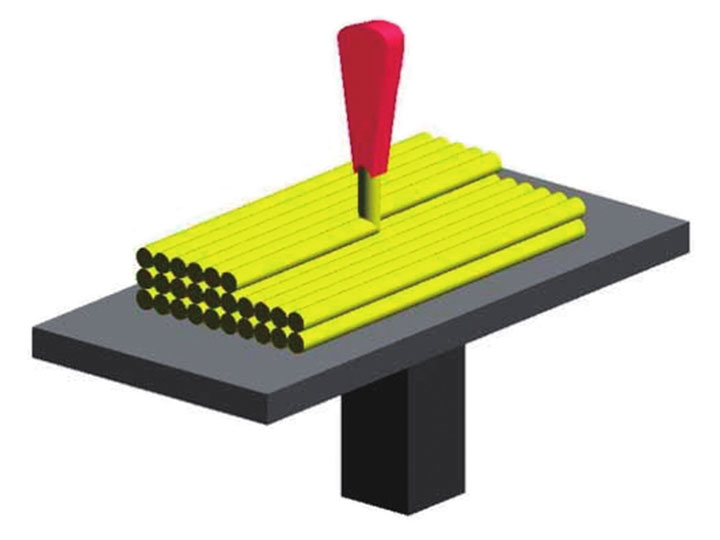 3. "Powder sintering" method: the powder particles are sprayed on the tray to form a very thin powder layer, and then the liquid binder is sprayed to solidify, or the powder layer is melted, sintered and solidified by laser, electron flow, one layer is stacked. When printing in these ways, if the printed matter contains complex structures such as holes and cantilevers, gels or other substances need to be added during the printing process to provide support or to occupy the space, and this part of the space needs to be cleared after printing. There are various types of printing media, including plastics, metals, ceramics, rubbers, foods, and even organs using human cells.

From the comparison of the working principles, it is not difficult to see that both have advantages and disadvantages. The CNC router can be processed on existing profiles or semi-finished products. The requirements for the materials are not high. The processed materials are easily available and cheap. They can be metal, wood, stone, plastic, etc., and can be quite large in size. 3D printers require special printing consumables, which are expensive to print and difficult to achieve large sizes. The CNC router is suitable for industrial product production, mold manufacturing, handicraft production, advertising industry, amateur parts production, and 3D printers are limited by materials, and the products they make are relatively fragile, like "fusion molding" machines, the consumables are mainly plastics The product cannot be as hard as metal, and is generally suitable for model hand-made production, personalized handicraft production, product sample production, ancient fossil restoration, etc. The CNC router needs to prepare suitable profiles or semi-finished products while working, but the 3D printer does not. The printed items can be said to come out of the sky, which is very popular with designers. In terms of structure, there is no big difference between the two. They are all applied to the frame structure composed of the three axes X, Y, and Z. The main difference is that the CNC router uses the spindle and the tool to mill the material. 3D printers use nozzles to accumulate materials. 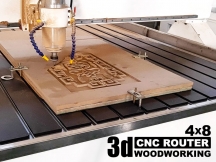 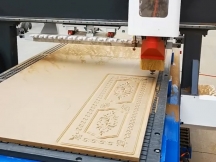