High-end manufacturing and energy conservation and emission reduction have an increasingly urgent need for advanced processes. In terms of industrial surface treatment, there is an urgent need for a comprehensive upgrade of technology and processes. Traditional industrial cleaning processes, such as mechanical friction cleaning, chemical corrosion cleaning, strong impact cleaning, high-frequency ultrasonic cleaning, not only have long cleaning cycles, but are difficult to automate, have harmful effects on the environment, and fail to achieve the desired cleaning effect. It cannot well meet the needs of fine processing. 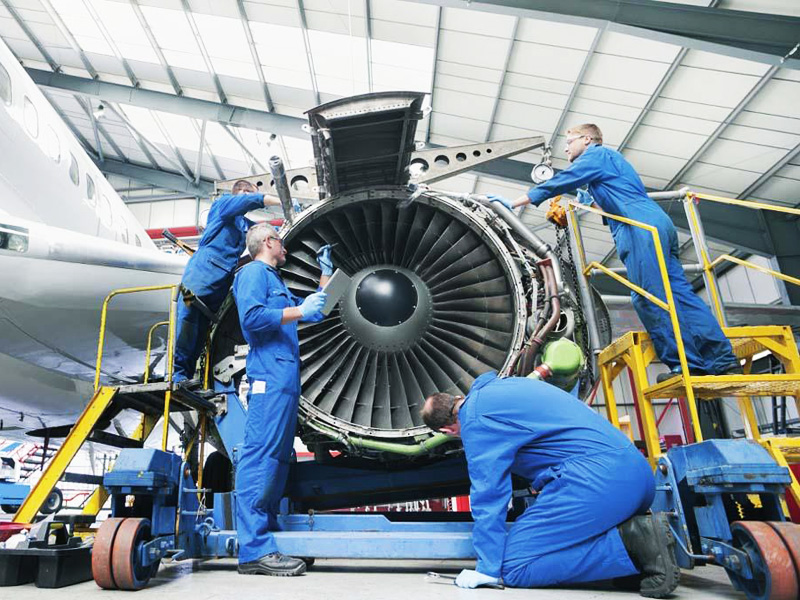 However, with the increasingly prominent contradictions between environmental protection, high efficiency and high precision, traditional industrial cleaning methods are greatly challenged. At the same time, various cleaning technologies that are conducive to environmental protection and suitable for parts in the field of ultra-finishing have emerged, and laser cleaning technology is one of them.

Laser cleaning is a technology that uses a focused laser to act on the surface of a material to rapidly vaporize or peel off the contaminants on the surface, so as to clean the surface of the material. Compared with various traditional physical or chemical cleaning methods, laser cleaning has the characteristics of no contact, no consumables, no pollution, high precision, no damage or small damage, and is an ideal choice for a new generation of industrial cleaning technology.

A typical chemical-based process occurs when a laser in the ultraviolet band is used to clean organic contaminants, which is called laser ablation. Ultraviolet lasers have short wavelengths and high photon energy. For example, KrF excimer lasers have a wavelength of 248 nm and photon energy as high as 5 eV, which is 40 times higher than CO2 laser photon energy (0.12 eV). Such high photon energy is enough to destroy the molecular bonds of organic matter, so that C-C, C-H, C-O, etc. in organic pollutants are broken after absorbing the photon energy of the laser, resulting in pyrolysis gasification and removal from the surface.

Under the action of short pulses, the heating and cooling processes of the material are extremely rapid. Because different materials have different thermal expansion coefficients, under the irradiation of short-pulse laser, the surface contaminants and the substrate will undergo high-frequency thermal expansion and contraction of different degrees, resulting in oscillation, causing the contaminants to peel off the surface of the material. During this exfoliation process, vaporization of the material may not occur, and plasma may not be generated. Instead, the shear force formed at the interface of the contaminant and the substrate under the action of oscillation destroys the bond between the contaminant and the substrate. . Studies have shown that when the incident angle of the laser is slightly increased, the contact between the laser and the particle contamination and the substrate interface can be increased, the threshold of laser cleaning can be reduced, the oscillation effect is more obvious, and the cleaning efficiency is higher. However, the incident angle should not be too large. Too large an incident angle will reduce the energy density acting on the surface of the material and weaken the cleaning ability of the laser.

The laser cleaner can realize the non-contact cleaning of the mold, which is very safe for the surface of the mold, can ensure its accuracy, and can clean the sub-micron dirt particles that cannot be removed by traditional cleaning methods, so as to achieve truly pollution-free, efficient and high-quality cleaning.

The precision machinery industry often needs to remove esters and mineral oils used for lubrication and corrosion resistance from parts, usually chemically, and chemical cleaning often leaves residues. Laser deesterification can completely remove esters and mineral oils without damaging the surface of the parts. The laser promotes the explosive gasification of the thin oxide layer on the surface of the part to form a shock wave, which results in the removal of contaminants rather than mechanical interaction.

At present, all the pre-welding cleaning of rails adopts grinding wheel and abrasive belt grinding type cleaning, which causes serious damage to the substrate and serious residual stress, and consumes a lot of grinding wheel consumables every year, which is costly and causes serious dust pollution to the environment. Laser cleaning can provide high-quality and efficient green cleaning technology for my country's high-speed railway track laying production, solve the above problems, eliminate welding defects such as seamless rail holes and gray spots, and improve the stability and safety of my country's high-speed railway operation.

The surface of the aircraft needs to be repainted after a certain period of time, but the original old paint needs to be completely removed before painting. Chemical soaking/wiping is the main paint stripping method in the aviation field. This method results in a large amount of chemical auxiliary waste, and it is impossible to achieve local maintenance and paint stripping. This process is heavy workload and harmful to health. Laser cleaning enables high-quality removal of paint on aircraft skin surfaces and is easily automated for production. At present, the laser cleaning technology has been applied to the maintenance of some high-end models.

At present, the pre-production cleaning of ships mainly adopts the sand blasting method. The sand blasting method has caused serious dust pollution to the surrounding environment and has been gradually banned, resulting in the reduction or even suspension of production by ship manufacturers. Laser cleaning technology will provide a green and pollution-free cleaning solution for anti-corrosion spraying on ship surfaces.

Laser cleaning technology has been widely used in weapon maintenance. The laser cleaning system can remove rust and contaminants efficiently and quickly, and can select the cleaning part to realize the automation of cleaning. Using laser cleaning, not only the cleanliness is higher than the chemical cleaning process, but also has almost no damage to the surface of the object. By setting different parameters, the laser cleaning machine can also form a dense oxide protective film or metal melting layer on the surface of metal objects to improve surface strength and corrosion resistance. The waste removed by the laser basically does not pollute the environment, and it can also be operated at a long distance, which effectively reduces the damage to the operator's health.

More and more skyscrapers are being built, and the cleaning problem of building exterior walls has become increasingly prominent. The laser cleaning system cleans the exterior walls of buildings well through optical fibers. The solution with a maximum length of 70 meters can effectively clean various pollutants on various stones, metals and glass, and its efficiency is much higher than that of conventional cleaning. It can also remove black spots and stains from various stones in buildings. The cleaning test of the laser cleaning system on the buildings and stone monuments shows that laser cleaning has a good effect on protecting the appearance of ancient buildings.

The electronics industry uses lasers to remove oxides: The electronics industry requires high-precision decontamination, and laser deoxidation is particularly suitable. Component pins must be thoroughly deoxidized before soldering the board to ensure optimal electrical contact and the pins must not be damaged during the decontamination process. Laser cleaning can meet the requirements of use, and the efficiency is very high, and only one laser irradiation is required for each needle.

Laser cleaning systems are also used in the cleaning of reactor pipes in nuclear power plants. It uses an optical fiber to introduce a high-power laser beam into the reactor to directly remove radioactive dust, and the cleaned material is easy to clean. And because it is operated from a distance, the safety of the staff can be guaranteed. 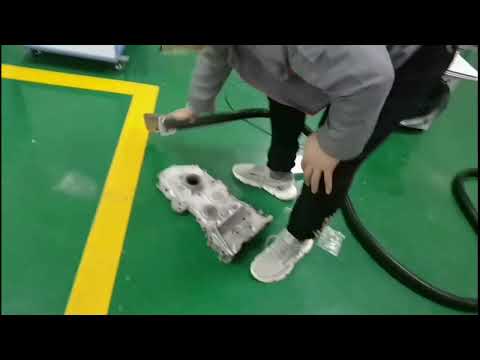 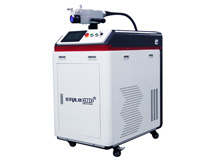 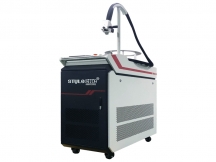 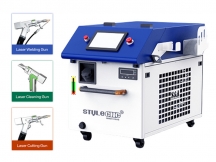