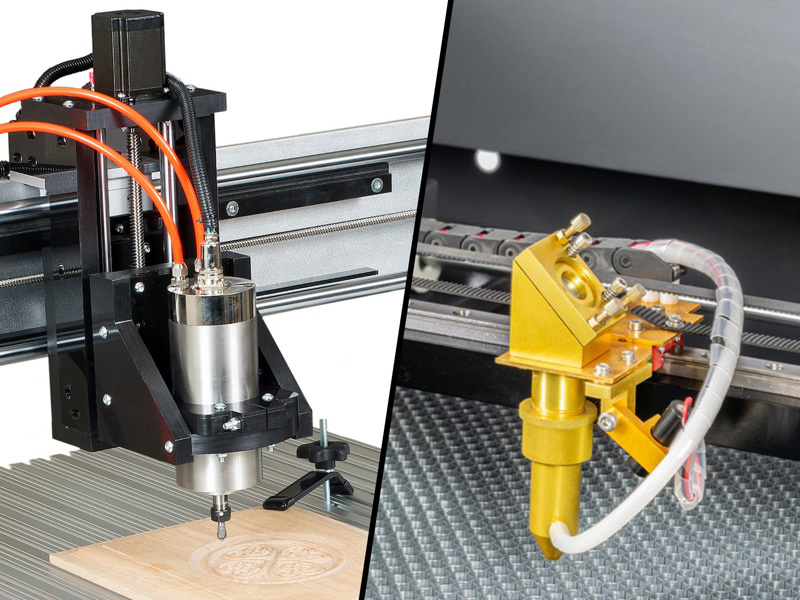 Laser engraving is based on numerical control technology, and laser is the machining medium. The laser source emits the laser, and the numerical control system controls the laser head and the motor to move the laser head, mirror, lens, etc. on the optical elements, so that the focus is moved on the X, Y, and Z axes of the machine tool. The processed material is instantly illuminated by the laser. The physical modification of melting and gasification achieves the purpose of machining. 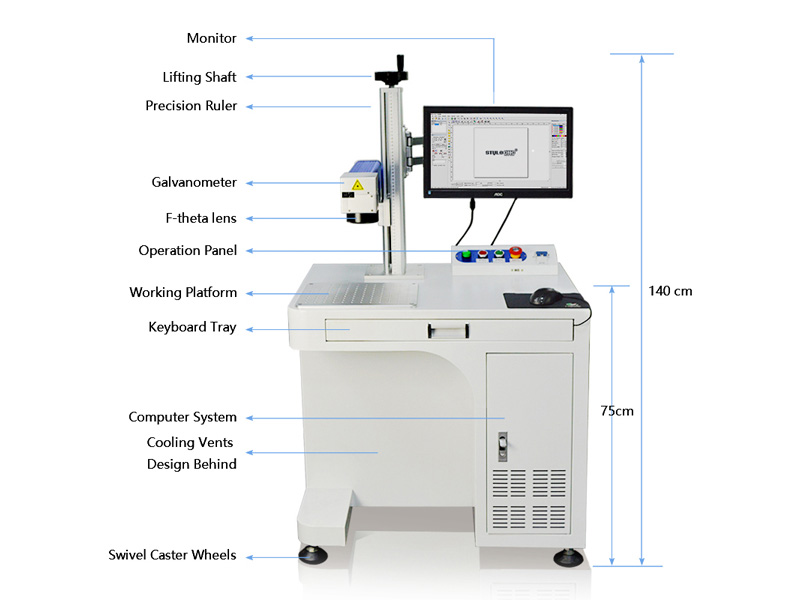 There is no contact with the surface of the material during laser engraving, it is not affected by mechanical movement, the surface will not deform, and generally does not need to be fixed. Not affected by the elasticity and flexibility of the material, it is convenient for soft materials. The processing precision is high, the speed is fast, and the application field is wide.

CNC is the abbreviation of Computer Numberical Control, which is an automated machine tool equipped with a program control system. The control system can logically process the program with control codes or other symbolic instructions, and decode it, so that the machine tool can move and process parts. CNC engraving machine is a power tool that completes engraving through CNC controlled machine tools. 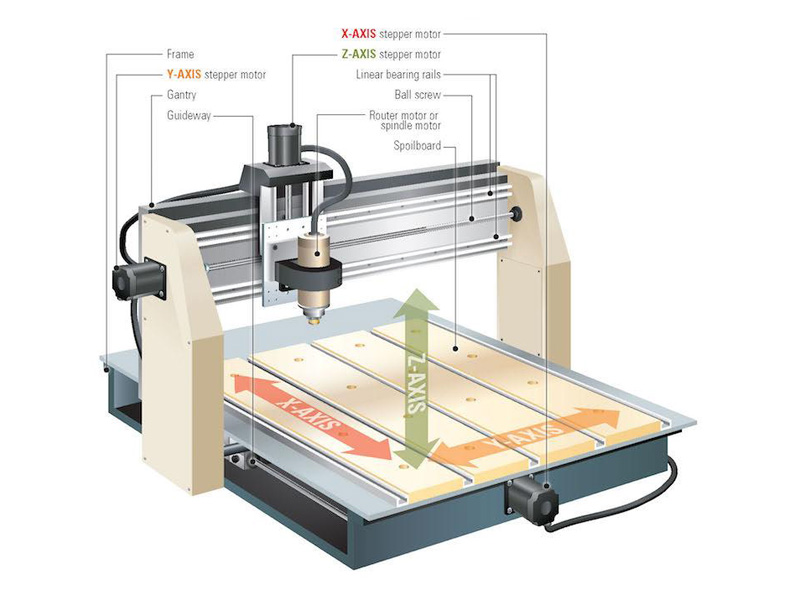 A laser engraver uses a laser, which changes the material through high temperature. Therefore, similar to combustion, different materials of different materials will produce different combustion chemical reactions during the work process, which will vary depending on the melting point of the material. The cutting effect is different, and it will also produce oily smoke and smell in the industrial process.

A CNC router relies on the spindle and bit to work, similar to the drill bit, it will only produce a lot of dust during the work process, but will not produce smoke and smell.

Laser engraving is non-contact etching, which can protect the surface of the engraved material from being scratched. In addition, the laser beam is very thin, so the slit is small and suitable for precision cutting. The cutting seam of the CNC engraving machine depends on the diameter of the router bit. There are many types of router bits. Different router bits are used for different materials.

A laser engraving machine emits laser light from a laser and focuses it into a high-power density laser beam through the optical path system. The laser beam irradiates the surface of the workpiece to make the workpiece reach the melting point or boiling point. At the same time, the high-pressure gas coaxial with the beam blows away the molten or vaporized metal. As the relative position of the beam and the workpiece moves, the material will eventually form a cut mark, so as to achieve the purpose of engraving.

The biggest difference between laser engraver and CNC engraver is that the tools of laser engraver machine are a complete set of optical components, while the tools of CNC router machine are bits of various entities. The laser etching machine uses the high energy of the laser to complete the cutting or engraving of the material, and the CNC carving machine uses the high-speed rotating cutter head to cut and engrave the material, so the two forms of action on the engraved object are different.

The CNC engraving machine has a very wide range of applications and can be applied to various fields and industries, and is suitable for engraving and cutting of various materials (except for materials with low melting points). 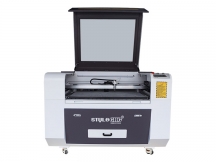