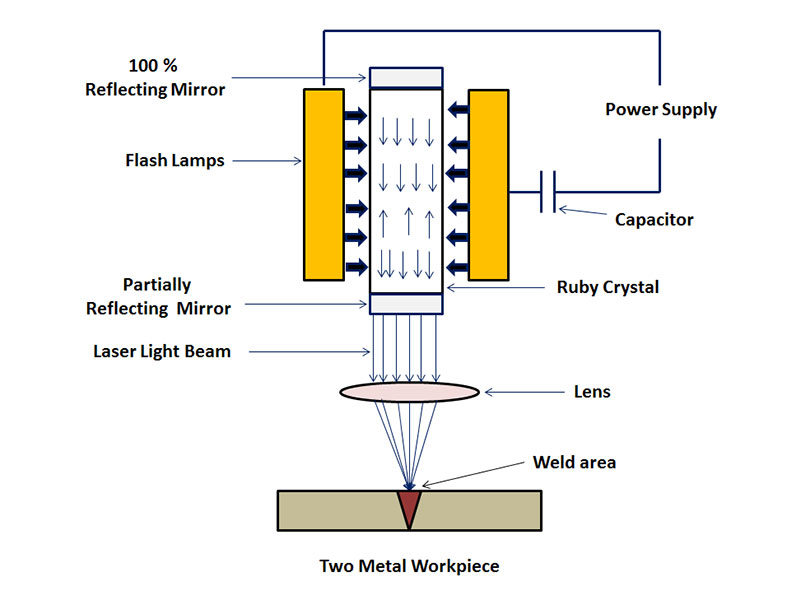 Laser beam welding is an efficient and precise welding method that uses a high energy density laser beam as a heat source. Laser beam welding can be achieved by continuous or pulsed laser beams. The principle of laser welding can be divided into heat conduction welding and laser deep welding. Power density less than 104~105 W/cm2 is heat conduction welding. At this time, the penetration depth is shallow and the welding speed is slow; when the power density is greater than 105~107 W/cm2, the metal surface is recessed into "holes" under the action of heat, forming deep penetration welding. Features of fast welding speed and large aspect ratio.

Laser beam welding generally uses continuous laser beams to complete the connection of materials. The metallurgical physical process is very similar to electron beam welding, that is, the energy conversion mechanism is completed by a "key-hole" structure. Under sufficiently high power density laser irradiation, the material evaporates and forms small holes. This small hole filled with steam is like a black body, absorbing almost all the energy of the incident beam. The equilibrium temperature in the cavity is about 2500C. The heat is transferred from the outer wall of the high-temperature cavity, melting the metal surrounding the cavity. The small holes are filled with high-temperature steam generated by the continuous evaporation of the wall material under the beam of light. The four walls of the small holes surround the molten metal and the liquid metal surrounds the solid material. (In most conventional welding processes and laser conduction welding, the energy is first (Deposited on the surface of the workpiece, then transported to the inside by transfer). The liquid flow outside the hole wall and the surface tension of the wall layer are consistent with the steam pressure continuously generated in the hole cavity and maintain a dynamic balance. The light beam continuously enters the small hole, and the material outside the small hole is continuously flowing. As the light beam moves, the small hole is always in a stable state of flow. That is to say, the small hole and the molten metal surrounding the hole wall move forward with the forward speed of the leading beam. The molten metal fills the gap left by the small hole and then condenses, and the weld is formed. All of the above process happens so fast that the welding speed can easily reach several meters per minute.

1. Laser beam welding is fusion welding, which uses laser beam as the energy source and impacts on the welded joint.

2. The laser beam can be guided by a flat optical element (such as a mirror), and then the beam is projected onto the weld seam with a reflective focusing element or lens.

3. Laser beam welding is non-contact welding. No pressure is required during the operation, but inert gas is needed to prevent oxidation of the molten pool. The filler metal is occasionally used.

Laser welding machine technology is widely used in high-precision manufacturing fields such as automobiles, ships, airplanes, and high-speed rail. It has brought a significant improvement in people's quality of life, and it has also led the home appliance industry into the era of precision engineering. 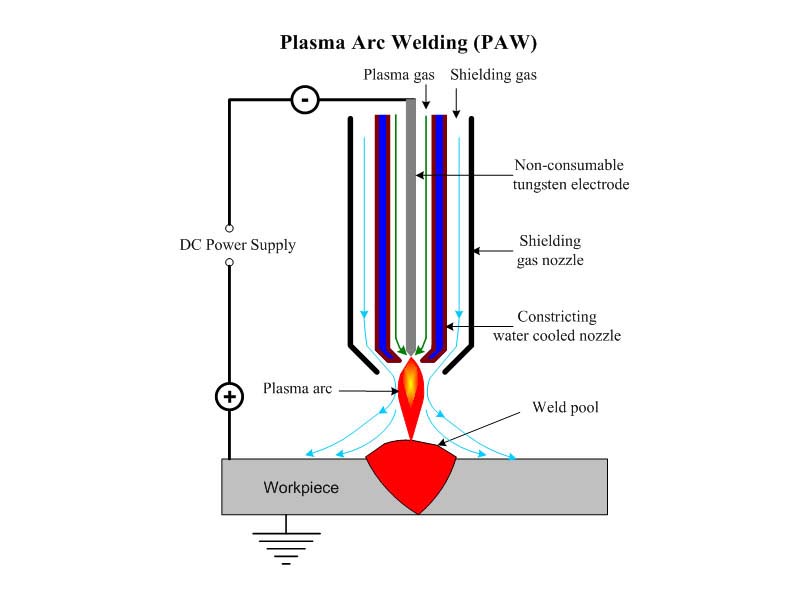 Plasma arc welding refers to a fusion welding method that uses a plasma arc high energy density beam as a welding heat source. During welding, the ion gas (forming an ion arc) and the shielding gas (to protect the molten pool and welding seam from the harmful effects of air) are pure argon. The electrodes used in plasma arc welding are generally tungsten electrodes, and sometimes need to be filled with metal (welding wire). Generally, the DC positive connection method is adopted (the tungsten rod is connected to the negative electrode). Therefore, plasma arc welding is essentially a tungsten gas shielded welding with compression effect.

The gas is dissociated by the heating of the arc, and is compressed when passing through the water-cooled nozzle at high speed, increasing the energy density and the degree of dissociation, forming a plasma arc. Its stability, calorific value and temperature are higher than the general arc, so it has greater penetration and welding speed. The gas forming the plasma arc and the shielding gas around it generally use pure argon. Depending on the material properties of various workpieces, there are also those that use helium, nitrogen, argon, or a mixture of both.

3. Plasma arc has high energy density, high arc column temperature, and strong penetration ability. It can achieve 10-12mm thick steel without bevel welding. It can be welded through double-sided forming at one time. The welding speed is fast, the productivity is high, and the stress deformation is small.

4. The equipment is relatively complicated, the gas consumption is large, the group has strict requirements on the clearance and the cleanliness of the workpiece, and it is only suitable for indoor welding.

Plasma welding is widely used in industrial production, especially in the welding of copper and copper alloy, titanium and titanium alloy, alloy steel, stainless steel, molybdenum and other metals used in aerospace and other military and cutting-edge industrial technologies, such as titanium alloy missile shell, some thin-walled containers on aircraft, etc. 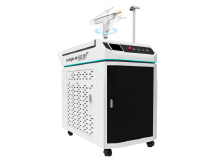 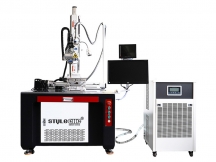 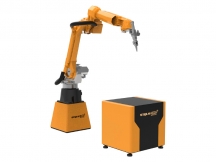